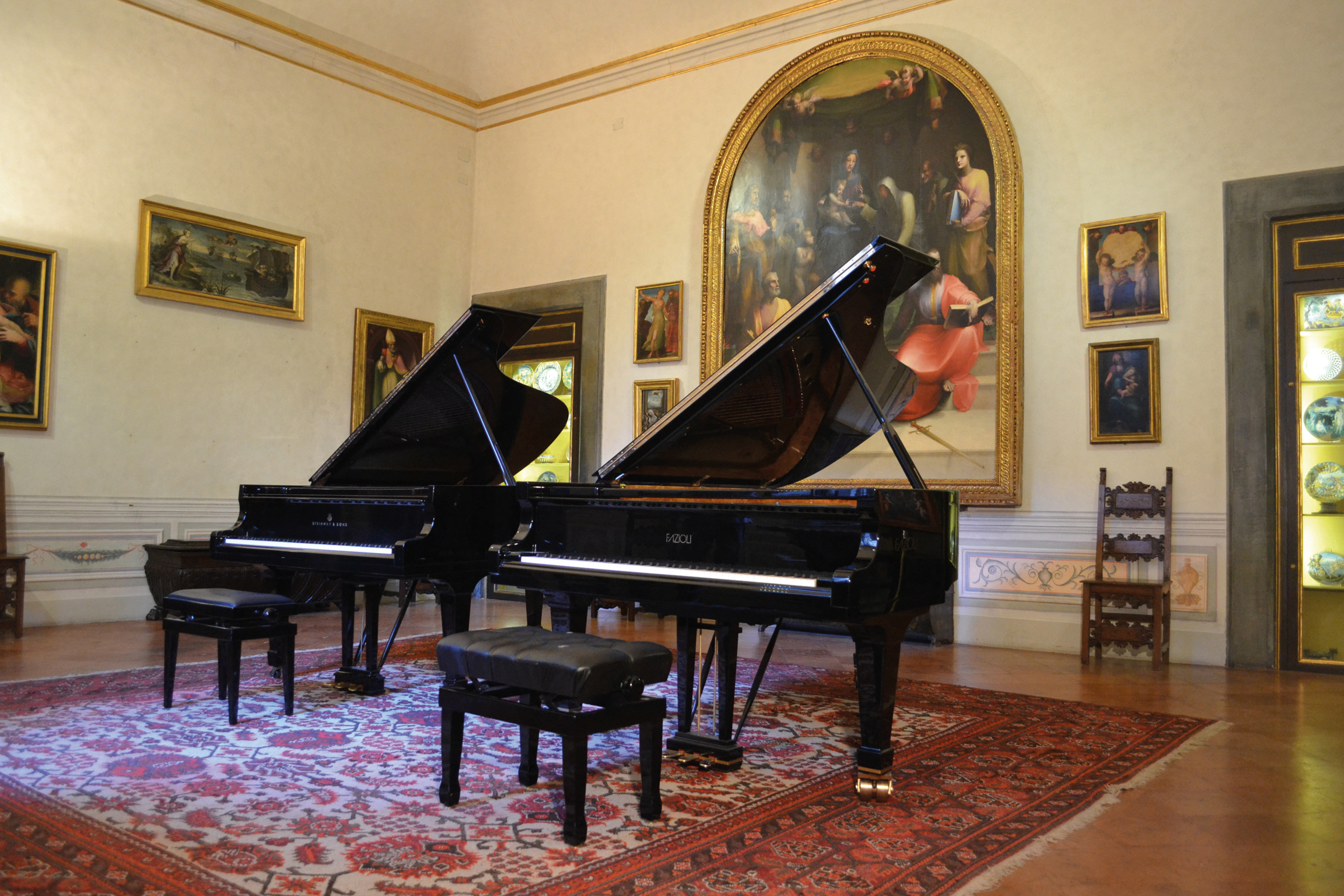 HISTORY
OF THE CHIGIANA

Founded in 1932 by Count Guido Chigi Saracini, the Accademia Musicale Chigiana is a world recognized institution for advanced musical studies.

In its historical palazzo with more than one hundred rooms and a renowned art collection, the Chigiana hosts master-classes, seminars, concert series, and a first class Summer music festival.

World renowned artists among its alumni include Daniel Barenboim, Claudio Abbado, Esa-Pekka Salonen, Maurizio Pollini and Salvatore Accardo, among others.

The Accademia Musicale Chigiana, thanks to its particular origins and the model of culture and of valuing and promoting music that it has represented in the past century and continues to represent, it is internationally recognized still today as one of Italy’s most prestigious musical institutions.

The establishment of the Academy was the most characteristic and distinctive of the ideas implemented by Count Chigi, the Sienese nobleman who not only made his home the center of intense musical activity but also, with his personal initiatives, succeeded in transforming the atmosphere of his beloved city, contributing in this way to opening it up and welcoming people from all over the world.

Because it was mainly foreign students who came to Siena in 1932 to take part in the first course in musical training held in Palazzo Chigi, taught by prestigious musicians such as Fernando Germani for organ, Claude Gonvierre (and later Casella) for piano, Giulia Varesi Boccabadati for voice, Ada Sassoli Ruata for harp, Arrigo Serato for violin, Arturo Bonucci for cello, and Vito Frazzi for composition.

Over the years, the number of students coming from every continent gradually grew, today representing about fifty nations, and the number of master classes increased in an ongoing exchange between older and younger generations as students became teachers and an integral part of the history of the Academy, whose classrooms have welcomed the best in international music.

In addition to the masterclasses, which were preceded from as early as 1923 by a winter concert season named after the Chigi family motto Micat in Vertice, that still continues today; the Academy is also synonymous with the Settimana Musicale Senese, a weeklong festival which takes place within the more extended concert season of the “Chigiana International Festival & Summer Academy”.

Among the important musical events connected with Count Chigi Saracini, the most especially outstanding was his willingness in 1928 to host the Sixth Festival of the Società Internazionale di Musica Contemporanea. This was the occasion for the world premiere of music by Prokofiev, Walton, Casella, Ravel, Webern, Hindemith and De Falla, who personally participated in the performance.

Noteworthy, too, are the famous ensembles that were formed over the years at the Academy, among them the Quintetto Chigiano in 1939 (which later became a sextet), the world renowned Quartetto Italiano in 1942, and the Madrigalisti dell’Accademia Chigiana in 1950.

Among the events organized by the Count, the performance in 1913 of Giuseppe Verdi’s Requiem Mass in the church of San Francesco was especially outstanding and important.

After the first world war ended, Count Guido devoted his efforts to remodeling Palazzo Chigi Saracini to make it more hospitable to the exigencies of music.

The Concert Hall was inaugurated on 22 November 1923 with the first concert of the Micat in Vertice season.

After establishing in 1932 the master classes that would make the Accademia Musicale Chigiana world-famous, the Count created the Settimana Musicale Senese festival in 1939, taking advantage of the invaluable advice of Alfredo Casella.

Accademia Chigiana Homepage
We use cookies to ensure that we give you the best experience on our website. If you continue to use this site you agree to our use of cookies.OkNo